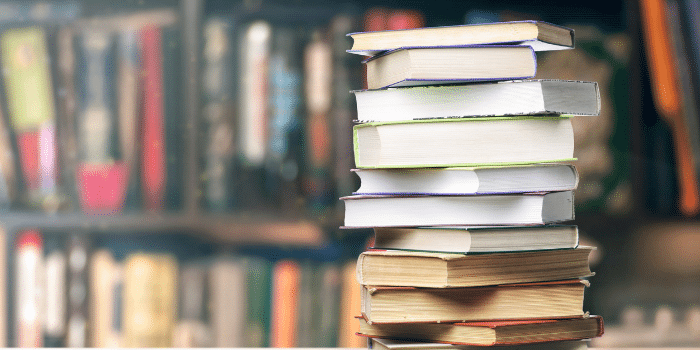 What are the best business books of all time?

To find out, we scoured the web and found 742 book recommendations from 100 of the world’s top CEOs, founders and entrepreneurs.

Then we inserted each individual recommendation into a spreadsheet and sorted them by the number of times they appeared on the list.

Here are the top 10, plus a few lower-ranking classics that shouldn’t be overlooked.

You can see a list of the 100 people (as well as their individual recommendations) in this Google sheet.

Robert Cialdini is a world-renowned expert on the psychology of persuasion.

He worked “undercover” for several years in organizations reliant on sales, such as car dealerships, non-profits and MLM companies.

During that time, he discovered six major principles of influence, which he explores in this book.

Knowing and applying these principles can help you make more sales and close more deals — two things that are essential to growing a business.

Influence: Science and Practice is a newer and more rigorous version of Cialdini’s earlier work, Influence: The Psychology of Persuasion. Additionally, Cialdini proposed a seventh principle — Unity — in his 2016 book Persuasion.

The late Harvard business professor Clayton Christensen was an expert on business growth and innovation.

In The Innovator’s Dilemma, Christensen explains how even the best companies can fail if they’re not prepared for technological innovations. He distinguishes between two types of technology — disruptive and sustaining.

Christensen then points out that a startup can often overtake an established company because the former may develop the right processes and values to serve niche markets that the latter is slow to serve.

But Christensen has a solution for these big businesses: acquire or establish subsidiaries with the right processes and values, provide them resources, and let them do their thing.

How can an organization — good, average, or even bad — make the leap to greatness?

Business researcher and consultant Jim Collins studied several companies that did just that, and he compiled his findings in Good to Great.

#1: They apply the hedgehog concept. How can a company combine its unique talents and passions to create an enduring, unique strategy that gives it a competitive advantage? This concept is based on an ancient Greek parable that says, in effect, “a fox knows many small things, but a hedgehog knows one big thing.”

In other words, foxes are cunning and versatile, but hedgehogs are masters at using their spines — a unique and uncopyable attribute — to defend themselves.

#2: They’re wary about adopting new tech and avoid the temptation to be an early adopter just because it’s cool — instead choosing only to adopt new tech if it can help them better apply the hedgehog concept.

#3: They have realistic optimism. They accept the facts, but are optimistic. For example, if a large marketing campaign fails, they accept the failure without despair, using the lessons from that failure to make the next campaign better.

Ayn Rand was a polarizing 20th-century writer and philosopher known for her pro-capitalism political/economic philosophy of Objectivism.

Atlas Shrugged, considered to be her magnum opus, is meant to illustrate this philosophy through fiction.

The book depicts a dystopian future United States where business is stagnant due to excessive regulation. However, a mysterious engineer named John Galt is persuading society’s producers (a.k.a., its businesspeople) to ditch their businesses in protest.

Towards the end of the book, the businesspeople work with Galt to create a new capitalist society based on Objectivism’s principles.

Rand’s main point is that self-interest and reason are powerful forces — and that both are fundamental to business.

Moore begins by explaining the “chasm” as the gap between early adopters and the early majority — the first large chunk of the population beyond early adopters to start using a new piece of technology.

He then suggests several techniques for scaling the chasm:

If you want to be the next tech startup success story, this book is a must-read.

In The Lean Startup, entrepreneur and venture advisor Eric Ries argues that, because startups face so much uncertainty, their main goal is to discover what their customers want and will pay for.

To accomplish this goal, Ries advocates a semi-scientific approach to running your startup that includes creating a minimum viable product (also known as an MVP) and collecting data by putting it out into the market.

Better yet, split-test two versions of your product to gain a clear picture of which one is better.

Lastly, ignore any metrics that aren’t tied to profit. Sales matter more than likes on Twitter, for example.

Real innovation isn’t going from one to many (horizontal progress) — it’s going from zero to one, or from nothing to something (vertical progress).

Peter Thiel (who co-founded PayPal with Elon Musk) and Blake Masters claim that we live in an age of technological stagnation because much of our current progress is horizontal.

They argue that startups must go against conventional wisdom to bring real innovation to society.

Within Zero to One, you’ll learn about the different types of progress, why startups are the drivers of innovation, and why Thiel believes monopoly can be useful for innovation.

Entrepreneurship sounds glamorous, but there are plenty of challenges that few people talk about.

But what makes it so difficult?

In The Hard Thing About Hard Things, tech entrepreneur and venture capitalist Ben Horowitz explains that business is challenging because there are no easy formulas to follow.

He draws on his own experience as a startup founder to offer entrepreneurs advice on dealing with several common business problems that have unclear answers.

The Hard Thing About Hard Things is essential reading if you want to prepare for the painful side of running a company.

#9. How to Win Friends and Influence People

When one of the most successful American entrepreneurs in history writes a book, it’s wise to read it.

In How to Win Friends and Influence People, legendary steel industry magnate Andrew Carnegie packs in advice that has helped many of today’s top professionals and businesspeople reach the peak of their fields.

In the book, Carnegie suggests six ways to make people like you, 12 ways to persuade people to think like you, and nine ways to change people for the better without making them resentful of you.

How to Win Friends and Influence People is a classic text that The New Yorker suggests you can apply to modern business (and life in general).

The Foundation trilogy — written by acclaimed science fiction author Isaac Asimov — is a series of stories set in the distant future.

In short, the books are about a once-prosperous galactic human empire on the brink of decline. A mathematician assembles society’s greatest engineers and scientists to ease the pain of said decline.

On Twitter, Elon Musk said that the Foundation Series inspired him to start SpaceX. He said that the book showed him how civilization operates in cycles — and Musk wants to prolong our upward cycle by spreading humanity among the stars.

If you read this book, you may just be inspired to launch a startup that does the same.

While these books didn’t rank in the top 10 most recommended, they’re widely viewed as some of the most important business books in history.

Each chapter is a case study of a famous American business event.

Only the Paranoid Survive

How do you deal with massive industry changes? Changes that could put you out of business?

He faced competition from Japanese chip manufacturers who were making computer chips for cheap — threatening to put Intel out of business.

In Only the Paranoid Survive, Grove shares the lessons he learned from navigating one of the most challenging moments a senior executive could face.

The 7 Habits of Highly Effective People

In The 7 Habits of Highly Effective People, professor and management consultant Stephen Covey says that we must undergo paradigm shifts to create fundamental change in ourselves.

His seven habits, listed below, are his proposed path for doing so.

The first three involve self-mastery and becoming independent. The next three help you become interdependent. The last one explains the importance of continuous improvement to maintain these achievements.

Before Jim Collins wrote Good to Great, he and business professor Jerry Porras studied 18 of the longest-lasting companies, each against a top competitor, to find out why they lasted so long.

Built to Last is the result of their six years of research.

In the book, Collins and Porras bust myths about what makes companies survive so long while others fail.

Using each of their company case studies, they extract key principles that businesses can apply to stand the test of time.

How can you design your life so that living comes first and work comes second?

Tim Ferriss’ classic The 4-Hour Workweek will show you how.

The book takes you through four steps to simplify your life and let you do more of what you care about.

Step 1: Definition. Define what you actually want out of life. Imagine your dream lifestyle. Then, break that down into tangible goals.

Step 2: Elimination. Cut all non-important things out of your life (within reason).

Step 3: Automation. Automate anything left to the largest possible degree.

Step 4: Liberation. Gradually shift to living the life you want.

Follow these steps and you’ll earn back your time.

What do great leaders have in common in terms of how they communicate?

In Start With Why, Simon Sinek says that they all communicate their motivation/purpose/belief for doing something — the “why.”

Sinek then ties this to business by explaining how customers buy “why” you exist, not “what” you sell, nor “how” you sell it.

In fact, your “why” can help you develop your “how” so you can sell your “what.” If your company has a defined purpose for existing, you can more easily discover how you can bring unique value to the marketplace.

Sinek has also given a famous TED talk on the concepts he presents in this book.

Deep work — value-creating activity that takes maximum cognitive ability — is tough to do in the age of distractions. However, this type of deep work is vital to business success.

Deep Work is split into two parts. The first elaborates on the benefits of developing a “deep work” ethic. Newport explains how it can help entrepreneurs and professionals in any industry produce amazing results.

In the text’s latter half, Newport gives you a plan to train your brain to perform deep work better and create more value in your professional and/or entrepreneurial pursuits.

The dataset for this list contained more than 700 individual recommendations from 100 different CEOs and entrepreneurs. And the top book was recommended just eight times.

While I wasn’t surprised to see famous books such as The Innovator’s Dilemma, Good to Great, and Influence make the top 10, I was caught off guard by the Foundation trilogy — a classic sci-fi series largely unrelated to business.

This suggests that while there is value in deep mastery of one particular topic — as per the hedgehog concept Collins’ detailed in Good to Great (the third-ranked book on this list) — there may also be value in expanding your breadth of knowledge and understanding.

Charlie Munger, who is widely regarded as Warren Buffett’s right-hand man at Berkshire Hathaway, has touched on this idea while discussing his use of mental modeling in decision making.

He argues that having a “latticework” of knowledge — a clear but not necessarily detailed understanding of how different parts of the world work — helps you more clearly think about, and better understand, the few topics you care about deeply.

If you’re interested, I wrote more about Munger and mental modeling in this article. 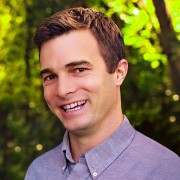 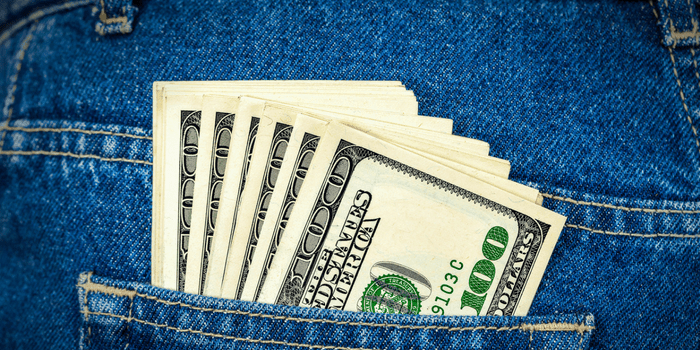 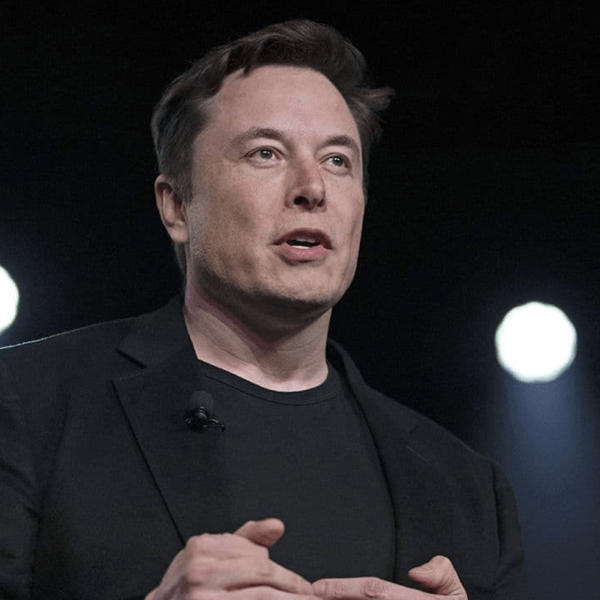 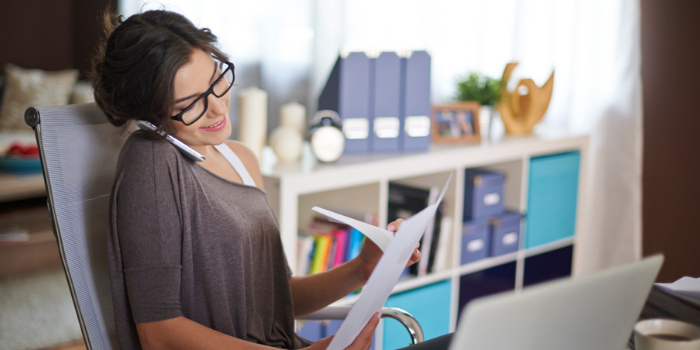 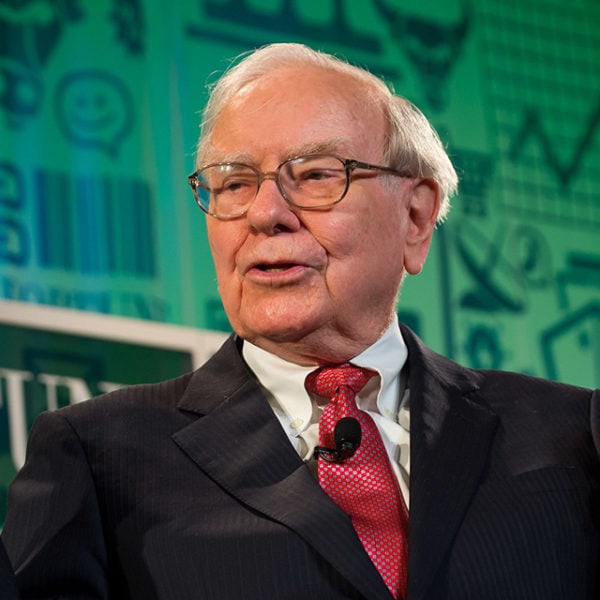